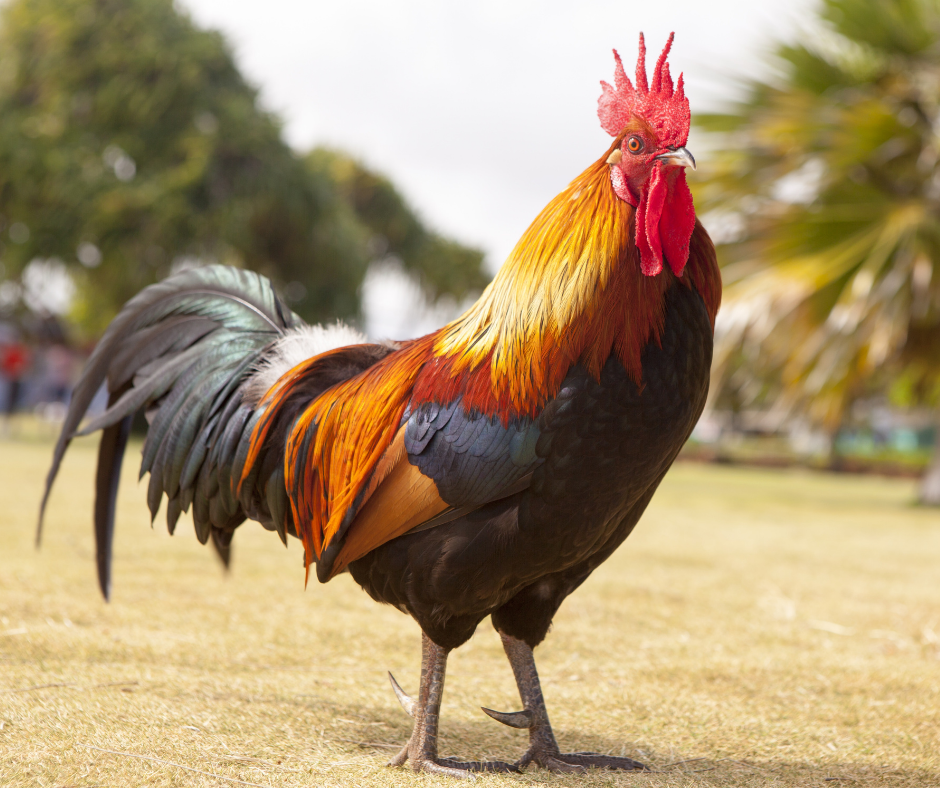 Cockfighting remains one of the most popular pastimes in the country. Even today, large-scale derbys bring competitors and spectators in from around the world. While training methods and breeding techniques have persisted over time, giving your fighting cocks that winning edge frequently comes down to nutrition.

All other things being equal, providing a little extra for your fighting cocks in the form of supplementation means that they have the advantage when the chips are down. Supplementation also gives them an edge in recovery, whether it’s from training, or in between fights.

The first concern to deal with is stress. Over the course of growth, development, and training, the fighting cock has a higher than normal exposure to stressors, and a failure to adapt to these conditions means poor performance. Chemical stressors, such as those caused by antibiotics, or feed additives impede development as the body focuses on clearing byproducts or strengthening the immune system instead of muscle growth. Physical stressors encountered during training, such as the normal wear and tear of muscle tissue, or micro-fractures in the skeletal system mean more downtime, and poor athletic performance. Biological stressors such as those innately present in the breed, or those caused by the incompatibility with the environment impact long-term health and fighting ability, and psychological stress encountered in fights, whether in training or the actual bouts can dull a fighting cock’s edge in combat. Supplementation supports the birds by making them more adaptable to different stressful situations, for that fight advantage they need to win.

Ensuring the proper function of the CNS has immediate benefits including improving the animal’s psychomotor performance, enabling them to move exactly as their fighting instincts instruct them, as well as improving their concentration and responsiveness in a fight situation. One of the most important factors in creating an effective fighting cock is training, and better stress tolerance aids in this step as well. Supplementation makes training more effective by increasing the animal’s ability to learn and retain the lessons learned in training, which is a clear advantage in a match. The improvements to the CNS also translate into better functioning under pressure, and when the fight starts, in the loud, dusty environment of the fighting arena, there is more pressure on the bird than just the opponent in front of it. All these benefits to the CNS let your fighter respond to the stresses of a fight like a champion.

One of the most important advantages supplementation delivers is increased physical performance. Correct supplementation also delays the formation of lactic acid in the muscles, which translates into greater function of the fast-twitch muscle fibers and the ability to act and react better. All these create a warrior that’s physically at a higher level than the competition, and one that’s more dangerous in combat.

Finally, supplementation aids in recovery. Both training and real fights do damage to an animal’s body. Supplementation helps detoxify the bird’s body from the byproducts of extreme physical activity so the bird spends less time recovering. It restores the micro-tears that naturally develop in muscle fibers after physical exertion, and increases the rate of protein synthesis and nucleic acid to both repair and build muscle, so your animal can bounce back faster, train harder, and fight more effectively.

To learn about natural, antibiotic-free supplementation programs that will suit your flock, contact your local UBC sales agent, and give your fighting birds the edge in combat.